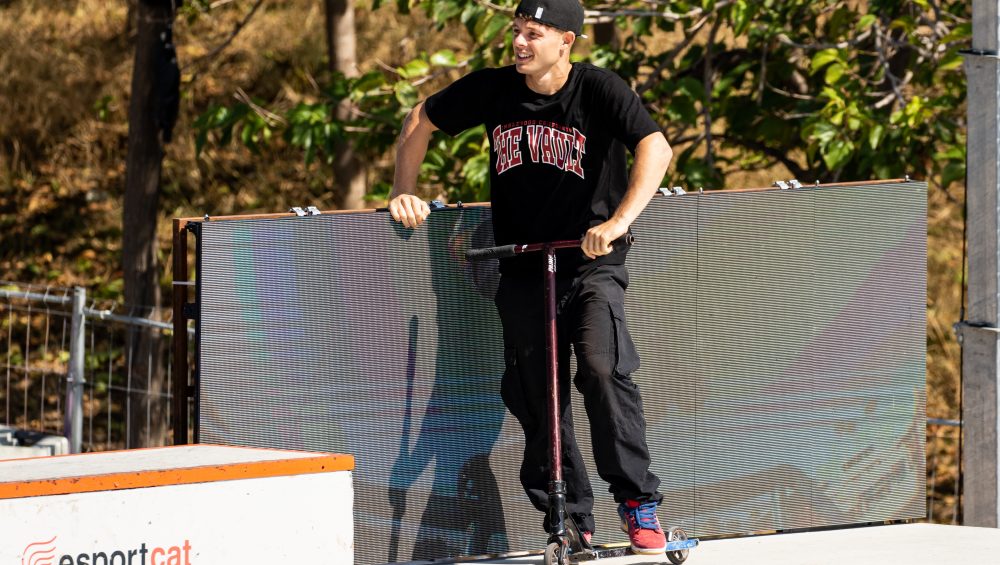 After a crazy championship, Lucas Di Meglio shows the world of scoot why he is the absolute best! History was made – absolute insane run! We could not be more happy to be part of your journey <3

The excited participants have been riding the obstacles of the 2021 World championships in Barcelona for the last few days. Butterflies in the stomach are building up as the qualifying rounds are about to start in the street scooter tournament friday 24th of september.

Strong run was performed with style and high efficiency by both the Danish star Christian Jensen (84p) and Finnish Matis Neyroud (88p). Lucas di Meglio closed the qualifying round with a flawless 93.67p run – almost 6 points more than his closest opponent (MN). 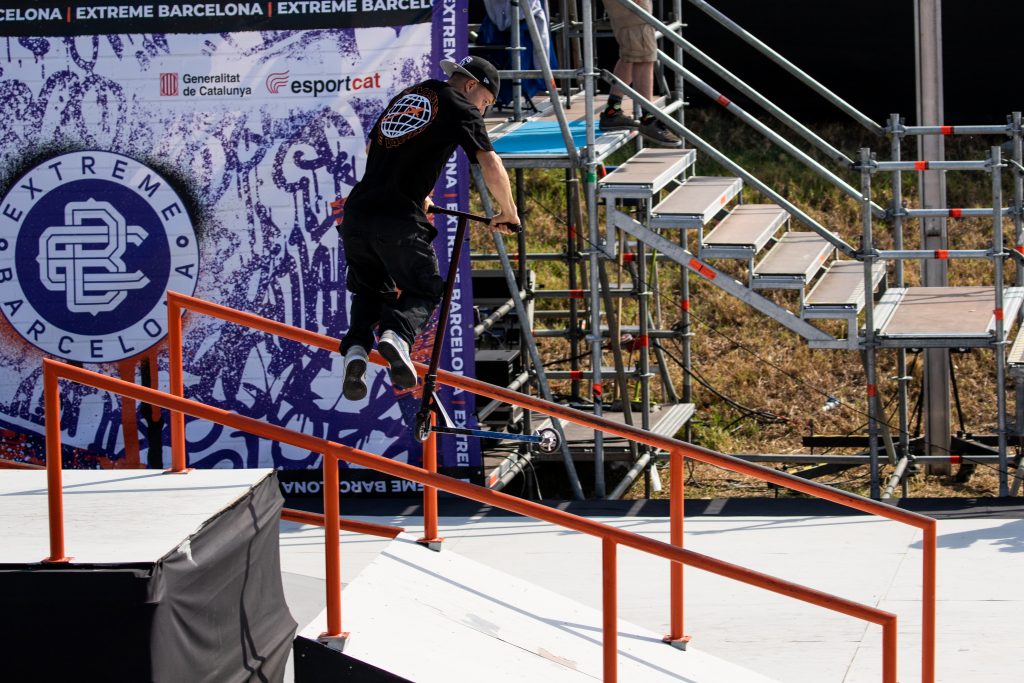 The semi finals are about to start Saturday morning. Again, many riders show how competitive this game is. As Lucas di Meglio is about to start, the other riders are holding their breath with high expectations for his first run in the semi.

As he drops in, he knows what to do and how to do it. It is clear that he is confident. Unfortunately, he slips and fails a trick which means he’ll not finish this run with a score that gives him access to the finals. Even though you might fear that Lucas could have a panic attack because of the high pressure in this crucial 2nd run – he went back with even higher speeds and better style – securing a place in the finals. 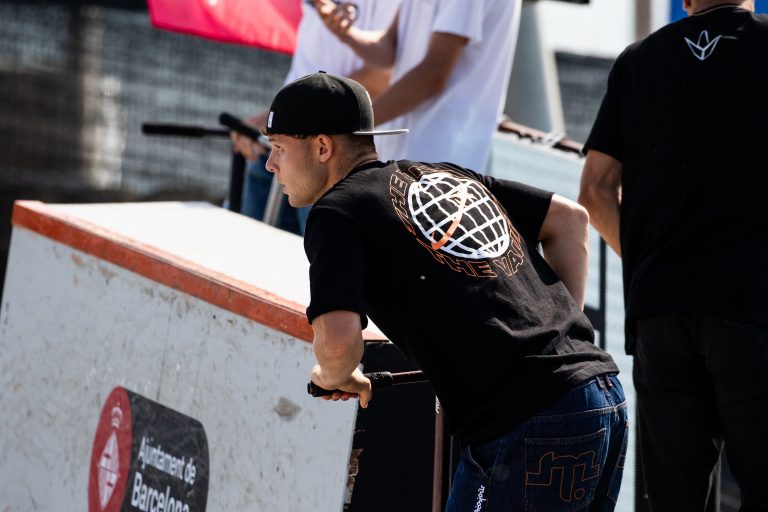 Finals – History was made!

Later Saturday evening the finals are planned to start. Little does Lucas di Meglio know that he is about to make history. This time Lucas drops in with high speed and an attitude that cannot be mistaken – he is gonna kill this tournament!

Never before have we seen as good of a run as Lucas performed this evening. The judges were impressed and the crowd was going crazy. An almost perfect score of 98 points!? At this point it was clear that Lucas would take the number 1 spot at the world championships of 2021.

After the riders first run, the late night rain came and the rest of the finals were postponed.

You’ll not believe what the rain coursed!?

Immediately after the rain had stopped, the officials stated that the finals had to be re-run. This meant that the best run in history would be disqualified. Lucas di Meglio was devastated while other riders saw their chance to maybe make a comeback if the 1st runs were disqualified. After a while and discussion between the judges they decided that all the riders who had completed their first run would count towards the postponed Finals sunday.

Finals Sunday morning was good – but there was no doubt that Lucas di Meglio would be crowned as the King of Street riding!

Trick description: Tailwhip with a barspin landing BS-lip on a kinked rail. The power and speed is so high that Lucas has to jump off the ramp as he completes the tricks 😀