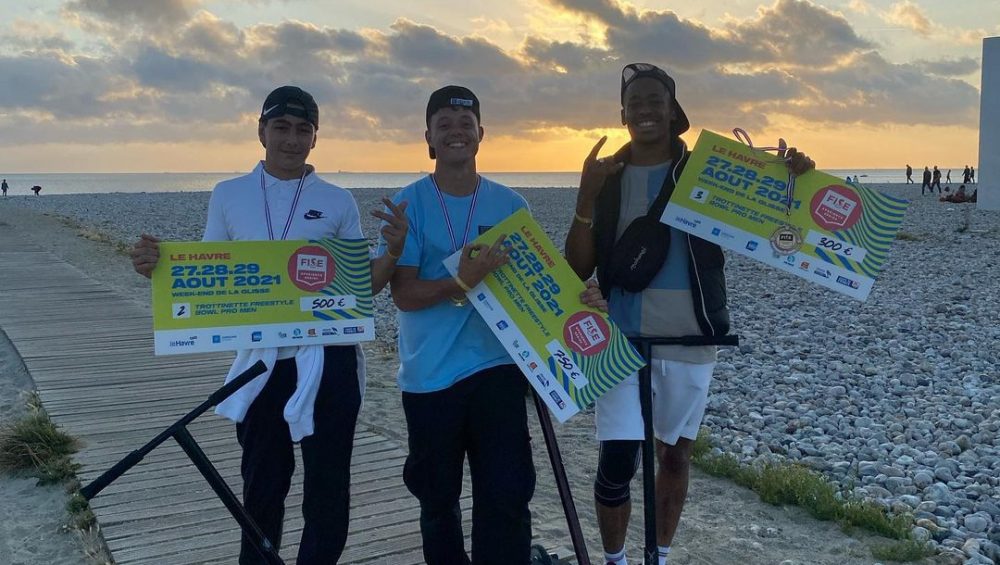 ETAPE#1: Le Havre featured commitment, professionalism, hard work, and performance in a highly competitive environment. Le Havre has one of the largest skate parks in the France with a bowl area of more than 12000m2.

The event was scheduled between 27-29 August and NKD-scooters was on the spot with three of our pro stunt scooter riders.

Besides the professional bowl category for scooters, FISE Xperience also ceompeted in Amateur, Juniors, and womens categories. The events include BMX, Roller, Scooter, and Skateboard.

NKD scooters was represented by

All three exhibited excellent skills and control as they put on a great show at the stunt scooter’s event.

During the evening timeslot on the 27th of August, a qualification event for the Trottinette (stunt scooter) bowl – PRO took place. Dufal Hugo did not have as good an evening as he would have liked. Nevertheless, he did well enough to qualify for the finals. He secured the 11th spot in the event with an accumulation of 60.66 points. However, the other two riders had a relatively better time on the bowl, as both not only qualified but qualified while dominating the scene.

The Competition was highly competitive, which is obvious by the fact that Villers, Mathias and DI Meglio, Lucas has a difference of only 0.34 points between them. Lucas remained a class apart as he secured an outstanding 74 points in the qualification round to finish at the first spot in the qualifications. On the other hand, Mathias scored 73.66 points and finished 3rd in Qualifications.

The next day featured the finals and brilliants finals they were. In Men’s Pro-Scooter Competition, Lucas, Mathias, and Hugo once again took the stage. Hugo had a much better evening than the previous one, as both his position in the Competition and the points improved significantly. He secured 68.66 points and finished 6th in the pro-scooter Competition. 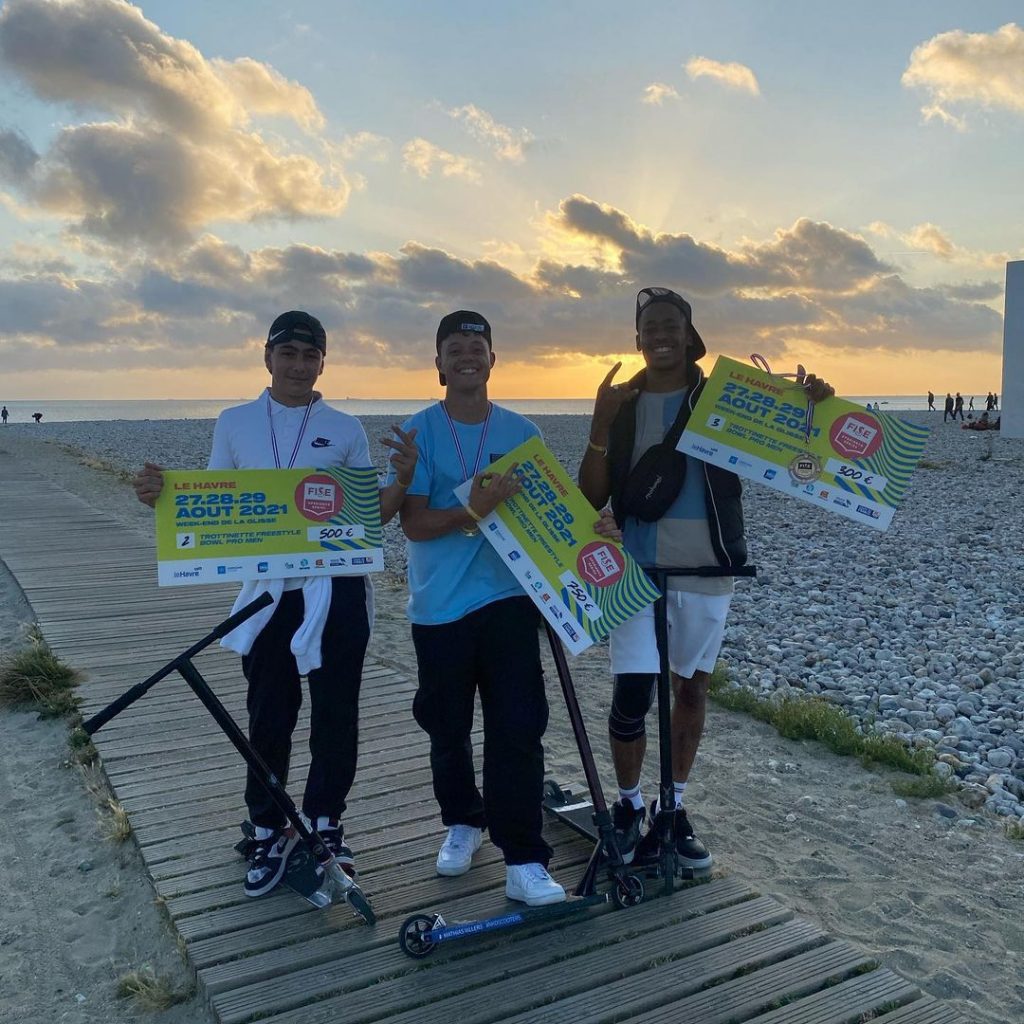 Mathias certainly could not translate his form into the finals as we saw a slight dip in his performances. He scored 67.66 points while finishing at the 7th spot in the Competition.

However, the show was stolen by the world-class Di Meglio, Lucas, who scored a stunning 86.33 points to finish the stunt scooter competition as the overall champion of the Men’s Pro Scooter Competition in the Le Havre event of the FISE Xperience Series.

With the vicotry Lucas can look forwards to the World Championship event scheduled to be held at Barcelona next weekend. He will compete in street style competition instead of the bowl. We are looking forward to some wonderful performances from him over there as well.